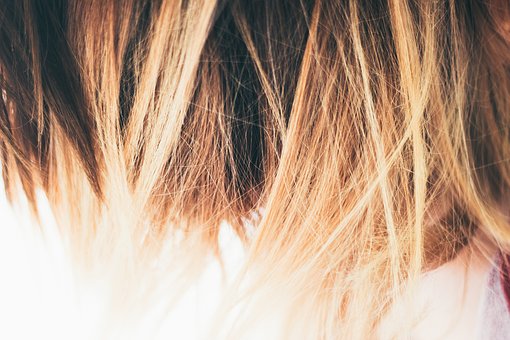 Women are no longer the only one’s who get to experiment with their hair colour. Men’s fashion is growing more and more accepted in both social and professional circles. Colouring your hair can be a fun way to express your personal style and personality. Whether you want to shock your friends with hot pink hair or add dimension to your locks with subtle highlights, the possibilities are endless. The only thing stopping you from changing it up is yourself (and maybe your boss). If you’re feeling bold, then take the plunge and try out some of these spring colour trends.
Grey/Silver tones
Who says you have to grow old to get striking grey hair? Bring out your inner grandpa with silver tones. Grey hair started gaining in popularity last season and has kept on growing (pun intended). Now, it’s hotter than ever with celebrities like Zayn Malik and Mark Ronson rocking it. With your hair shades of grey, you’ll be the silver fox of everybody’s dreams.
Pastel colours
Women have adopted a style referred to as ‘mermaid hair’. Well, the mermen have finally answered the call of pastels, and what more could anyone want? Pastel locks are high fashion. Pastel colours can be bold or subtle depending on your own preference. The entire message of the pastel movement is to showcase your own true self. Go pink or go blue. The options are as endless as the colours. Be as majestic and as mystifying as you desire.
Throwbacks
Styles come and go like waves of fashion. Trends seem to come in cycles with new twists added to looks each time they’re revived. So, its no surprise that a retro look of some era is constantly brought back to vogue. Right now, we’re not limited to any decade. If you want to recapture the classic look of the 50’s, or the Punk rocker of the 80’s, you can. Whatever you want—go for it. If you want to evoke the frosted-tips of your boy band fantasies, who’s to say ‘no’? Flaunt your look with confidence and transport everybody to a better time.
Balayage
Balayage is the technique of highlighting without foils in order to give your hair a more natural look. Think of an “I was on a tropical holiday” hairstyle. Balayaged hair can give your hair more depth without being over obvious, which can be perfect for professional situations or if you just want to dip your toe into the water. If you want to change up your look, but can’t go crazy, balayage is perfect. Since the look blends into your natural hair colour, it grows out beautifully. No need for touch-ups or any maintenance. Balayage is the perfect casual-meets-fashion style. The Mullet that Caused a Court Case

As the best barbershop in Kensington, we’re used to people walking out of our premises with their head held high and an extra spring in their step. That’s because, if you want a men’s haircut in Kensington which is going to make you look stylish, smart and, above all, well groomed, then our hair salon for men is the only place to visit.

We’re fully aware, however, that not all hair salon customers are quite so lucky. All too often, we’re called upon to repair the damage wreaked upon a poor individuals’ hair by a less than talented barber, and the history of men’s fashion is littered with examples of haircuts which might once have seemed stylish and daring but which, not long after the scissors and trimmers had finished their work, looked frankly little better than ridiculous.

You’ve probably got your own favourite example of a bad men’s haircut; the curly perm, the George Michael bouffant or the ‘Flock of Seagulls’ style mega-fringe. Indeed, when Donald Trump is the President elect of the USA, it seems it would be foolish to assume that, in this age of the metrosexual, bad hairstyles are a thing of the past. There is one bad cut that stands head and shoulders, almost literally, above all other, however, and that is the mullet. We can all probably think of our favourite ‘short on the top, long at the back’ merchant, and in many cases they would be a midfielder from a 1980’s football team, or perhaps Andre Agassi.

Few mullets can have been so extreme that they actually led to a court case, however, but that was recently the case for an Australian gentleman by the name of Ali Ziggi Mossimani. Mr Mossimani was photographed at an 18th birthday party in Sydney last year, sporting what can only be described as a somewhat extreme mullet. We’re not here to pass judgement, of course, and people are free to sport whatever haircut they choose, but the pictures became something of an ‘internet sensation’, prompting thousands of comments on social media and being converted into the dreaded meme. When this was reported by the media, Mr Mossimani launched a deformation claim against The Daily Mail Australia, Sydney’s Daily Telegraph and the Australian Radio Network, saying that their reports of what must surely be referred to as ‘mullet-gate’ had “exposed himself to ridicule by the public”.

Did this put an end to the matter and relieve Mr Mossimani from the stress and ridicule? Unfortunately not, as it led to even more coverage in Australia and also in other countries, a phenomenon dubbed ‘the Streisand effect’ by the judge handling the case, Judge Gibson. This refers to an attempt made by Barbara Streisand in 2003 to ban publication of images of her Malibu mansion. The attempt failed, and the result was that the images became much more widely circulated than would otherwise have been the case.

Although the case, at the time of writing, is continuing, the judge has asked Mr Mossimani to amend his claim, and the moral of the story seems to be clear; if you’re going to be brave enough to sport a full blown mullet in 2016, then you’ll have to be brave enough to put up with the comments that people make. If you don’t think you can handle that, then pay a visit to the best barbers in Kensington, and we’ll sort it out for you.